By j.brelsford on July 7, 2016 in Celebrating Success, Sports News, Uncategorized

A massive well done to the 19 boys and girls who took part in the Catholic Schools cross country event at Mylnhurst school. Twelve schools from across the city brought teams of 20 ( 5 each of under 9 boys, under 9 girls ,under 11 boys and under 11 girls) to run a mile around the grounds of Mylnhurst school.

All four teams ran really well . The under 9 boys managed to achieve first place and some determined running from  Chinonso , Patrick, William , Ben And Nick was particularly impressive.

The other three teams were up against some very strong opposition on the day but still managed a podium place , all coming third overall.

After a short break all the children from every school gathered together on the grass in front of Mr Emmott ( the head of Mylnhurst ) .

Chinonso  then stepped forward to receive his winners medal followed by Patrick who took bronze. The whole team then joined them to receive a huge shield and much applause. The remaining three teams each received a small trophy in recognition of their efforts.

This was a lovely event , well run by Mylnhurst school, with lots of happy boys and girls enjoying running in the sunshine.

Many thanks to Mrs Pearson who came on her day off to help and all the parents who offered their support on the day. 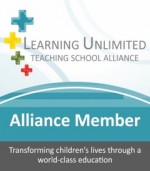